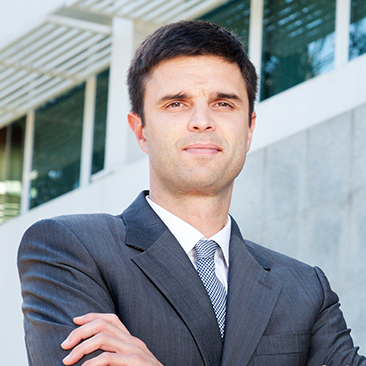 Graduated in Economics from the University of Porto and with an Executive MBA from the Porto Business School, he started his professional activity in the pharmaceutical company Roche, in the UK, as a Medical Representative. He was also Market Analyst for both oncology and haematology Business Units and he was responsible for the Roche European Business Platform and Product Manager for the area of hepatitis C.

In 2004, he returned to Portugal to join the BIAL’s team as a Marketing Deputy Director for Portugal and in 2007 he joined the Board of Directors as General Manager responsible for the International Business Development for 3 years. In this position he coordinated the business expansion and Bial’s entry into several new countries, as well as the launching of new products worldwide. He also managed the strategy of Bial’s activities in the Spanish market, today Bial’s major market.

In January 2011 he was appointed CEO of BIAL, starting the fourth generation in the leadership of the largest Portuguese pharmaceutical group, founded in 1924 by his great grandfather, Álvaro Portela.